Strong fighting, high jumping and aggressive feeding behavior are the key attributes responsible for putting British Columbiaâ€™s rainbow trout on the world fishing map. It is these native, wild strains of rainbow trout that exist in many parts of the province that continue to be such an attraction to the traveling angler. Kamloops rainbow trout which are native to the Thompson River drainages, are direct descendants of wild steelhead. These sea-going salmonids established populations in the rivers that were formed after the last glaciers receded some 20,000 years ago. Geologic activity since the last glaciation changed the paths or blocked rivers from reaching the sea. This resulted in isolated populations of now landlocked steelhead which continued to thrive by living their entire lives in freshwater. The Kamloops trout has retained many of the traits of the still famous summer run steelhead of the Thompson River drainage.

Kamloops trout can live for more than 8 years but the normal life span is 4 to 5 years. Males and females usually mature for the first time at 3 years of age but there are always precocious males (mature at 2 years of age) present just in case the older males do not make it to the spawning streams. Spawning occurs in the late spring period, usually during the months of May and June. The fertilized eggs, which are buried in gravel nests (redds) in the stream, incubate for between 65 and 85 days before hatching. Newly emerged fry typically spend the summer months rearing and feeding in their natal streams. Diminishing stream flows in the fall months force the fry to swim down or upstream to a connected lake.

The Kamloops trout is by nature an insect or invertebrate feeder as most ecosystems they inhabit are devoid of other fish species including forage fish. This is perhaps the biggest reason they are such an attractive quarry for the avid fly fisher.

The lakes surrounding Caverhill all support wild populations of Kamloops Trout. Fish numbers and sizes in individual lakes will fluctuate from year to year. Factors such as the volume of spring runoff in the tributary creeks, duration of runoff and water temperatures all impact on survival of that years spawning run. Anglers can expect to catch a lot of fish between 10 and 13 inches. There are enough fish in the 14 to 17 inch range that you will need to pay attention to your rod. As with every fishery, there are always a few really big fish around and each year the lodge sees fish that stretch the measuring tape to 22 inches!

We sure saw and fished a lot of lakes. One day we ran a boat up the main lake, hiked to a smaller lake, crossed it in another boat…

The experience was a rare delight with the fine cuisine, spectacular natural beauty and a personal style of hospitality and grace that is rarely found.

Many thanks again for making my first fishing trip a great one. 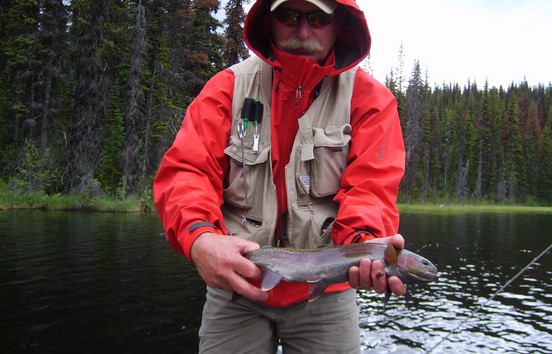 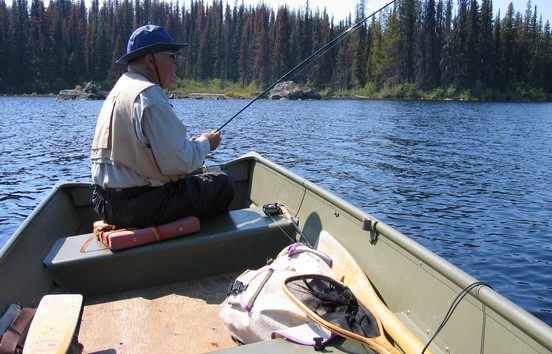 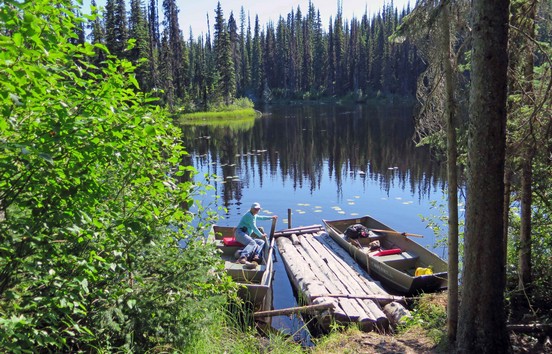